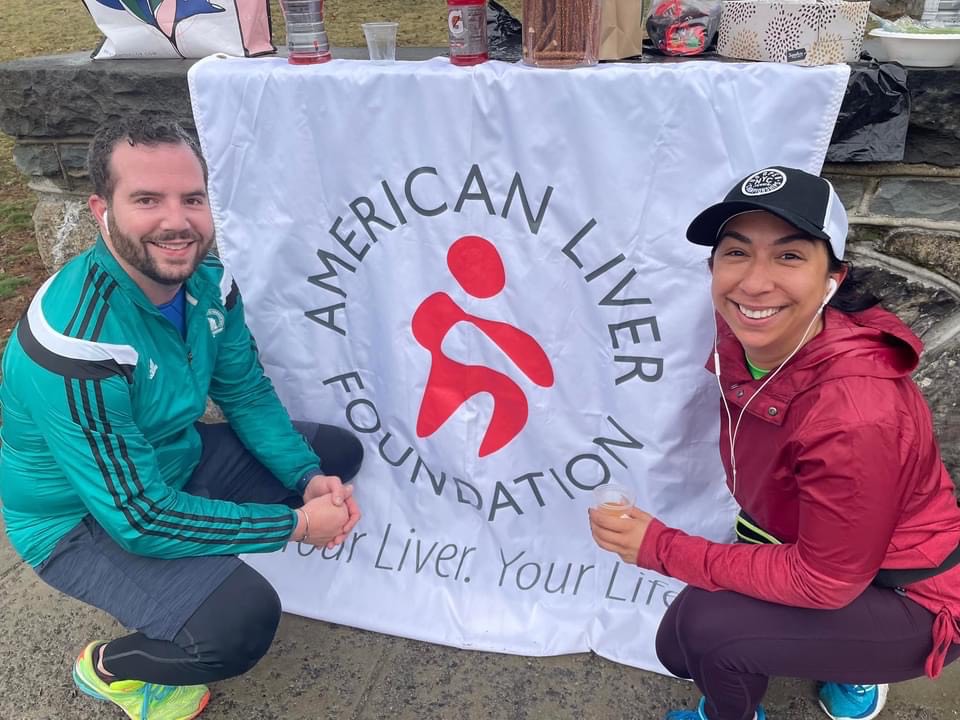 When Angela Hernandez runs the Boston Marathon on Monday, she will do so with two people in mind.

The 2006 Allen Park High School graduate will run with the American Liver Foundation, which is a member of the Boston Marathon Official Charity Program.

Over the past 34 years, ALF’s partnership with the Boston Athletic Association has raised more than $40 million for the fight against liver disease.

The American Liver Foundation team is comprised of novice to experienced runners, most of whom have been linked to liver disease.

Hernandez is running in honor of his 63-year-old father, Ricardo Hernandez, who had a short and intense six-week battle with liver cancer.

She also honors the memory of one of her closest friends, Tracy Broyles, who was diagnosed with liver disease and died at the age of 32. This will be Hernandez’s first full marathon.

Hernandez, 33, moved to Boston in January 2020 to pursue a new job. Despite the tough time with the COVID-19 pandemic, Hernandez said she enjoys her job at Biogen, a biotech company.

“We make and research drugs for neurological disorders like Alzheimer’s disease, Parkinson’s disease, MS and ALS,” she said. “I am Associate Director of Digital Marketing and oversee our global social media strategy. I’m also working to complete my master’s degree at Harvard Extension School in Cambridge, where I’m studying journalism.

Most people who aren’t runners probably think anyone who runs the Boston Marathon has to be a running fanatic, but that’s not necessarily the case with Hernandez, who said she’s a member of the Allen Park Middle School’s inter-county team, but didn’t really appreciate it. However, running has grown on her over the years.

“I actually still have a love/hate relationship with running,” she said. “I’m not one of those who like it, but I do it because I set myself a goal. And I’ve also learned to tolerate it better now that I see the mental and physical health benefits of it.

She started running around 2012, when she signed up for her first 5K – the Detroit Thanksgiving Day Turkey Trot. From there she did the Corktown 5K, and both races have become annual traditions for her. Hernandez eventually made her way to the Free Press Half Marathon, but said she would never run a full marathon.

“Yet here we are,” she said, as she prepares for the world’s oldest marathon and one of the world’s best-known road running events. “I think running is a bit like getting a tattoo that way. It’s hard to stop after one, and there’s always more you can add.

She had the opportunity to watch the Boston Marathon in person last year, saying it was a moving experience to watch runners of all ages, shapes, sizes and physical abilities cross the finish line.

“I saw soldiers running in full combat gear, old men with gray hair, visibly pregnant women, people running with prosthetics, the list goes on,” she said. “I was so inspired that I went home and started working on my charity application that night.”

She began training for the Boston Marathon in January as soon as she learned she had been accepted as a charity runner. Hernandez said it was a competitive application process, so she didn’t expect to be chosen. She was so thrilled when she received an email notification that she went out for a run the next morning.

“One of the benefits of joining a charity team is that you have access to incredible coaching and support resources,” she said. “The Liver Foundation has an amazing group of leaders and former riders to help us out. Our running coach, Kate Kelly, is a chiropractic doctor and strength and conditioning trainer, and truly I just followed her workout plan advice to a “T”. It took the guesswork out of me as a beginner runner. I just let the experts tell me what to do and I do my best to get the job done.

Team members train on a recommended schedule based on experience level. As a beginner, Hernandez averaged three days a week, with two days of cross-training. Their long runs took place every other Saturday at 8 am. They started at 5 miles and worked their way to their longest training run, 21 miles. In the weeks leading up to the marathon, they entered the training cutback phase, where the mileage is lower as they prepare for the big day.

“It’s hard to believe the race is almost here because I put in so many hours of racing in training,” she said last Wednesday. “I think I’ve run about 312 miles so far which is crazy because when I first started running I couldn’t imagine going any further than 2-3 miles. For me the first step was to believe that I could do it. From there, you just have to follow the training plan and put in the effort. It’s incredibly difficult, but it’s possible if you commit to it. a map.

She was very close to the two people she honors in this race.

Her father, Ricardo Hernandez, was diagnosed with stage IV hepatocellular carcinoma. He didn’t feel like himself, she said, losing weight and showing low energy. Doctors attributed it to changes in his diabetes medications and scheduled follow-up tests.

“Liver disease wasn’t even something on our radar, despite having a family history that should have sent us all red flags,” she said. “We took him to the emergency room because he had swelling in his hands, feet and abdomen. We thought he might have had a heart attack or some other heart problem.

Doctors took chest X-rays and found a large lump on his liver and nodules on both of his lungs, indicating cancer that had spread. The family went through an intense battle where she consulted several specialists from the University of Michigan and Karmanos, but in the end her father’s liver disease was detected too late.

“He was not a candidate for a transplant and the drugs would not be effective given the severity of his cancer,” she said. “We made the difficult decision to bring him home to hospice care and my father passed away six weeks later on October 5, 2017, surrounded by his family.”

“We became close after college and spent a lot of time exploring downtown Detroit, where she lived and worked at Quicken Loans,” Hernandez recalled. “By all accounts, she was a normal 32-year-old woman who loved adventures, having fun with friends, being with her family and living her life to the fullest. She had chronic health issues, including celiac disease, which may have played a part in the elevation of her liver enzymes. But her journey with liver disease was also shockingly quick, and I still can’t believe she’s gone.

In May 2020, a group of his friends rented cabins in Lexington for a weekend getaway. One of these friends, a medical assistant, mentioned to Broyles that she had noticed symptoms of jaundice and recommended that he see a liver specialist immediately.

She started working on a treatment plan with a liver specialist in Detroit, but unfortunately things moved quickly.

“She was hospitalized that fall with complications and an infection due to fluid buildup in her abdomen,” Hernandez said. “Like my father, the liver disease seemed to send a cascade of problems that her body just couldn’t handle. She passed away on September 21, 2020. I still reread the text messages she sent me from the hospital bed I don’t think any of us expected her not to leave the hospital. She was young and she was a fighter, and she had so much life left to live.

If there’s one thing Hernandez wants others to take away from these two stories of loss, it’s the importance of talking to your doctor about preventing liver disease and being your own health advocate.

“Liver disease can often go unnoticed until it’s too late, as it did with my two loved ones,” she said. “Educate yourself about risk factors (both controllable and uncontrollable) and take steps to help prevent liver disease. If you have a family history of liver disease, ask your doctor for a liver function test and get to know your numbers. Liver disease can be treated and managed in many cases when caught early enough.