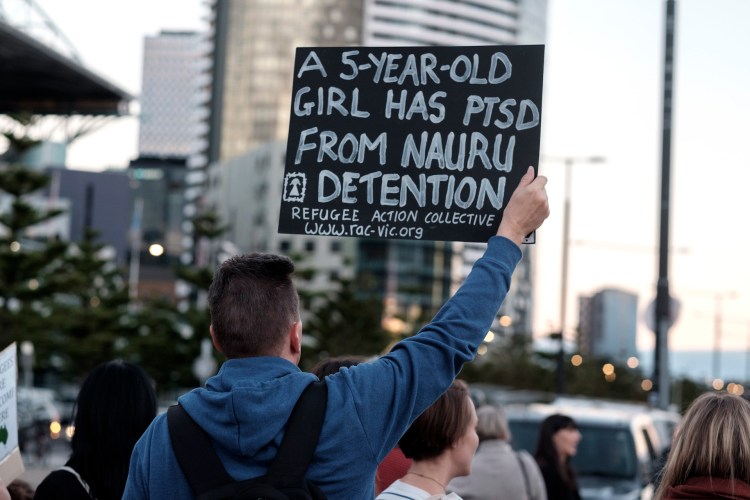 An Australian Federal Police investigator this week asked an Icelandic hosting company to take down a website dedicated to documenting the history of hackers, sharing information security education resources and publishing documents from hackers.

The website, Enlace Hactivista, previously published A declaration of a group of hackers under the acronym “ACAB” (all cyber cops are bastards) who claimed to have hacked nearly 286,000 emails Nauru Police, they say, exposes the horrific abuse and treatment of detainees within the island nation’s asylum and refugee system. Nauru is an independent Pacific island nation and an offshore location where Australia processes asylum claims.

The hosting company, FlokiNET, said no.

“Dear Australian Federal Police”, the company tweeted on Wednesday. “Nice try to shut down the whistleblower websites but that won’t be possible with the ones we host. The public has a right to know what’s going on in Nauru and you won’t shut it down.

An email that Australian Federal Police cybercrime investigator Jim Astley sent to FlokiNET hours before the tweet said the agency was investigating the hacking of Nauruan Police email servers.

“We would appreciate it if you could remove the website on the grounds that the material posted on this website originated from illegal activity,” Astley wrote, according to the text of the email posted by Enlace Hactivista.

Astley added that he was aware that Icelandic law protects anonymity and that he was not seeking any further information, and that his agency understood “the need for whistleblower protection and free media, which is supported by Icelandic law. (and Australian) However, we believe this website is enabling criminal activity and therefore believe it is appropriate to remove the website.

A FlokiNET representative told CyberScoop via email Thursday that the company “has made it clear that we take no action on foreign law enforcement requests in such cases” and that any threats will result in legal action. “We have zero tolerance for abuse of power by law enforcement and government.”

Crikey, an Australian media, reported Thursday that following the ACAB hack, additional emails were released – it is unclear from where – showing that a senior police official on the island stated that the hackers’ intent “is against the Australian Government, for [cause] too bad for the next general election with the offshore processing center here in Nauru.

The hackers said in their statement that they were motivated by the September 2021 offer that Australia has signed with Nauru to keep the treatment center open indefinitely. “So we decided to hack Nauru Police,” the hackers wrote. “The Republic of Nauru has previously challenged reports of torture, sexual assault and child abuse on the island. Can they still dispute this when all their emails are open? The things we saw and read made us sick.

On April 27, Australian Home Affairs Minister Karen Andrews told local media that the Chinese announcement of a security pact with the Solomon Islands in April was itself a form of electoral interferenceintended to weaken the administration of Conservative Prime Minister Scott Morrison.