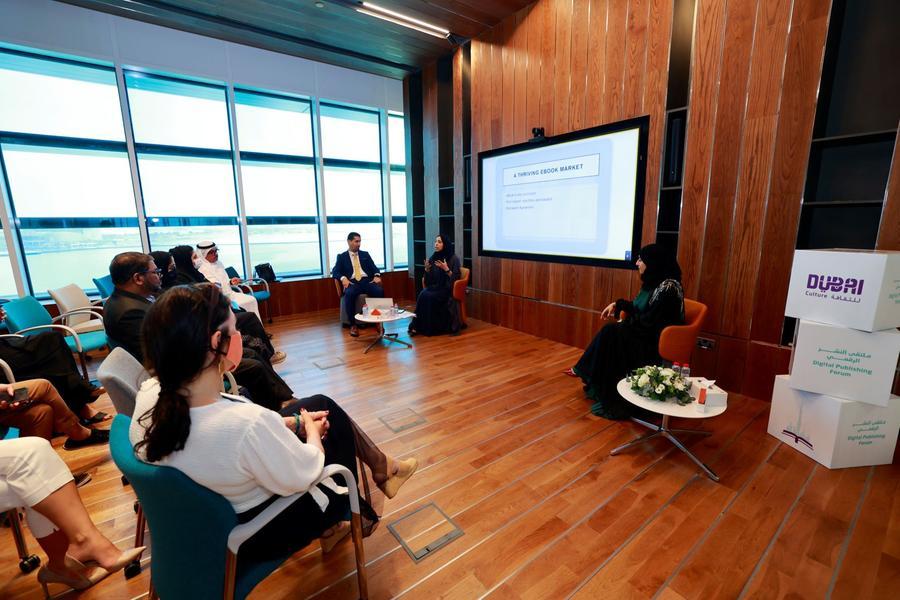 Dubai: The Dubai Culture and Arts Authority (Dubai Culture) organized the Digital Publishing Forum at the Mohammed bin Rashid Library, attended by Dr. Saeed Mubarak bin Kharbash, CEO of Arts and Culture literature in Dubai Culture, and with the participation of a group of experts and specialists in digital publishing, to discuss the latest developments and tools that contribute to the advancement of this field through technology and innovation . This was consistent with Dubai’s emphasis on a knowledge economy to promote sustainable growth.

During the forum, Mohammed Al Hebsi, Acting Director of the Department of Literature in Dubai Culture, emphasized in his keynote address the importance of the role that digital publishing plays in the literary field, stating: “In light of the rapid technological development that our world is experiencing today, digital publishing has become a essential link in the world of culture and the dissemination of knowledge. It plays an important role in enabling writers to publish their literary productions and make them available to the public on a large scale. He also attributed the significant contribution of digital publishing to the love of reading and knowledge among members of society, especially the younger generations, thanks to the advanced means that make reading more interesting.

Al Hebsi said the forum is the first of its kind in the emirate, as it is the first event held at the Mohammed bin Rashid Library, which represents Dubai’s cultural front and is characterized by the latest digital technologies that She uses. and its digital transformation lab, which incubates more than 4 million books for adults, children, researchers and readers.

Al Hebsi affirmed that the forum aims to provide a platform for constructive dialogue between experts and specialists in the field of digital publishing through round tables which aspire to contribute to the awareness of the mechanism of secure electronic publishing and to its multiple tools, adding: “The forum aims to encourage writers and publishers to turn to digitization and digital knowledge to disseminate knowledge and literature in formats that follow the zeitgeist and its demands as well as the aspirations of today’s and tomorrow’s readers. This is part of the Authority’s efforts to motivate all sector stakeholders to actively participate in the promotion of cultural and creative industries in the emirate and to consolidate its position as an innovative global cultural center and world capital of the economy. creative.

The forum program included three dialogue sessions. the first was in English and entitled “Digitalization in the world of the future”; it was moderated by Emirati writer Eman Al Yousuf, who addressed the themes of “digital publishing between the future, marketing and challenges” which was discussed by editor Iman Ben Chaibah, and “the piracy and its impact on children’s content” which was discussed by Dr. Nabih Abdul Majeed.