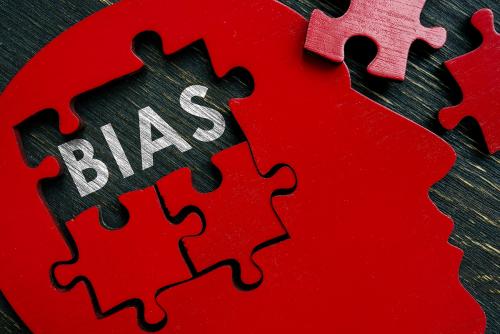 It’s been a relatively quiet year on the class action front when it comes to employment discrimination claims. However, the following developments in 2021 are worth mentioning.

employers are looking for Bostock exemption

In a rare class action lawsuit involving a class of employers, a Texas federal court has partially granted plaintiffs’ motion to certify classes in an action against the Equal Employment Opportunity Commission (EEOC) seeking religious exemption from Title VII anti-discrimination protections to the extent that they prohibit discrimination based on LGBTQ status. Plaintiffs, citing the First Amendment and the Restoration of Religious Freedom Act (RFRA), seek declaratory relief that they have the right to hire and fire in accordance with their sincerely affirmed religious beliefs, including the right to to establish employment policies and make employment decisions based on sexual orientation and gender identity – notwithstanding the landmark 2020 U.S. Supreme Court ruling in Bostock v. Clayton County, Georgiawhose Title VII protects employees from discrimination based on LGBTQ status.

The employers argue that there are legal issues common to class members, including whether the RFRA requires the granting of exemptions to Bostockthe interpretation of Title VII, among others. The District Court certified two classes of employers with respect to several of the asserted claims: (1) a class of “religious business type employers” comprising a private corporation that purports to operate its health and wellness center, its vitamin shop and its pharmacy as Christian businesses (and does not employ individuals who engage in homosexual behavior or gender-inconsistent conduct, recognize same-sex marriage, or extend benefits to the same-sex partner of employee, and enforces a gender-specific dress and grooming code); and (2) an “All Employers Opposed” class comprised of employers who oppose homosexual or transgender behavior for religious purposes. Where non-religious reasons.

The court declined to certify a class of “church-like employers” and entered summary judgment in favor of the defendant as to those plaintiffs, finding that the employers qualify as “religious organizations” under the text of the legal exemption from Title VII and, therefore, are not burdened with the law’s protections for LGBTQ people. In addition, the court granted partial summary judgment to the EEOC

as to other alleged claims and granted partial summary judgment in favor of two of the class of employers as to certain employment policies which the court found did not violate Title VII at law.

In a March decision, a Seventh Circuit panel ruled that a district court erred in certifying a class of female prison workers in a lawsuit alleging their county employer failed to prevent sexual harassment by male prisoners. The appeal panel found that the lower court abused its discretion by adopting an overly broad theory of “ambient” or indirect harassment, and that the hostile work environment group could not come forward. because it was made up of members of the group with significantly different work environments whose complaints required separate and individualized treatment. analyzes.

In its initial order certifying a class of approximately 2,000 non-supervisory female employees who worked with male inmates at the jail or adjoining courthouse, the district court found a common question: “whether the environmental harassment experienced by female prison and courthouse employees is sufficiently severe and pervasive to support a hostile work environment claim under Title VII.” The court defined environmental harassment as “the experience of working in a highly permeated with sexually offensive and degrading behavior, that is, a highly sexualized atmosphere in which rude and offensive sexual behavior is common and employees see it as normative whether it is specifically directed at them or not. The Seventh Circuit reversed, finding the Ambient Harassment Theory to be a problematic basis for commonalities because el The overlooks meaningful distinctions between the individual experiences of class members, which can vary widely depending on where they work.

The district court had treated the harassment at the prison complex as if it were a homogeneous phenomenon affecting each member of the group in the same way. However, the prison complex in question was huge (covering 36 buildings spread over eight blocks) and, while sexual harassment

allegedly took place throughout the prison, the evidence showed that it was heavily concentrated in a few residential divisions where a fraction of the group members worked. Thus, whether employees experienced objectively severe or widespread harassment depends on individualized questions of fact and law and must be resolved individually.

However, the appeals court observed that a smaller group made up of a subset of group members with comparable work experiences could eventually form a cohesive group. On remand, the Seventh Circuit left this matter to the discretion of the district court. In August, the named plaintiffs notified the district court that they would pursue their claims individually instead, and the court ordered the parties to nominate potential plaintiffs for the trial.

Legal action by an investor for harassment and discrimination

A video game company is defending an investor class action related to the company’s alleged “frat boy” workplace culture and continued pattern of discrimination against women and minority employees. The investor’s lawsuit, filed last August, follows a lawsuit filed in July by the California Department of Fair Employment and Housing (DFEH) that uncovered allegations of blatant and pervasive sexual harassment, as well as disparate treatment. and discriminatory promotional practices. After the DFEH lawsuit was filed, some 2,000 employees staged a strike condemning the company’s response. The protest led to further comments from the company’s CEO and a stock price drop of more than 6%.

According to the investor complaint, the company made multiple materially false and misleading statements that hid from investors a pervasive culture of harassment and discrimination, which prompted regulatory and legal scrutiny and enforcement. The suit alleges that although the company’s annual and quarterly filings reveal that it is party to “routine claims and lawsuits”, they failed to disclose the DFEH’s two-year investigation. In addition, the company’s 10-Ks incorporated by reference its code of conduct, which directed the company and employees to comply with applicable laws and regulations and set forth policies of no tolerance for harassment and harassment. discrimination – statements that were materially untrue and resulted in losses to shareholders when the lies were revealed, according to the class action complaint. A motion to dismiss the investors’ lawsuit is pending. Separately, the employer entered into a three-year draft consent decree with the EEOC to settle Title VII claims arising from the alleged misconduct, creating an $18 million fund to compensate and redress eligible claimants and accepting a substantial injunction and fair relief.

Class action lawsuits continued to proliferate in 2021 claiming that companies’ websites are not accessible to visually impaired users, in violation of Title III of the Americans with Disabilities Act (ADA), the discrimination provision in public housing and state law. counterparts.

Under Title III, people with disabilities, advocacy groups, and the U.S. Department of Justice can sue for violation. Spurred by the availability of attorney fees under Title III, plaintiffs’ firms have aggressively pursued these claims. (New York continues to be the epicenter of such litigation, but 2021 has seen a notable increase in lawsuits filed in California.) Defendants range from small “mom and pop” restaurants to Fortune 50 companies.

In a landmark 2021 decision, the Eleventh Circuit (which includes Alabama, Florida and Georgia) ruled that a grocery chain’s website was not a “place of public accommodation” under of the ADA, thus joining several circuits. However, the Eleventh Circuit went even further: the divided panel expressly held that, on the facts of this case, a website lacking an auxiliary aid that would allow the website to be read aloud by the screen reader technology does not necessarily equal the denial of goods or services.

Individual and class claims of sexual harassment against a national fast-food franchisor and its franchisee have survived a motion to dismiss. The Title VII and Florida Civil Rights Act class action lawsuit was filed on behalf of all female employees who held positions below general manager of restaurants in Florida. The district court found that the employees had sufficiently alleged at the argument stage that the harassment and hostile work environment complained of were the result of company-wide policies, including inadequate training and a policy at the corporate level encouraging managers to ignore sexual harassment, and there was sufficient evidence of a sufficient pattern or practice to satisfy the popularization and typicality requirements of Rule 23. The tribunal, in its July decision, provided for problems in meeting the suitability requirement because the proposed category may include individuals (such as lower-level supervisors) who have contributed to the hostile work environment. However, the court explained that this issue would be considered when employees travel to certify the class.

In a separate action, a federal court in Michigan certified a class action in another sexual harassment lawsuit against the fast-food chain, finding that a group of 99 members was large enough to continue and that allegations of harassment by the same manager could be resolved on a class-wide basis (even if some of the class members had had sexual or romantic relationships with the manager). In its December ruling, the court ruled that whether the director’s conduct was unwelcome could be argued on an individual basis. The court, however, dismissed the claims against the national defendant companies, as the court rejected the plaintiffs’ assertion that the franchisor entities were their co-employers.