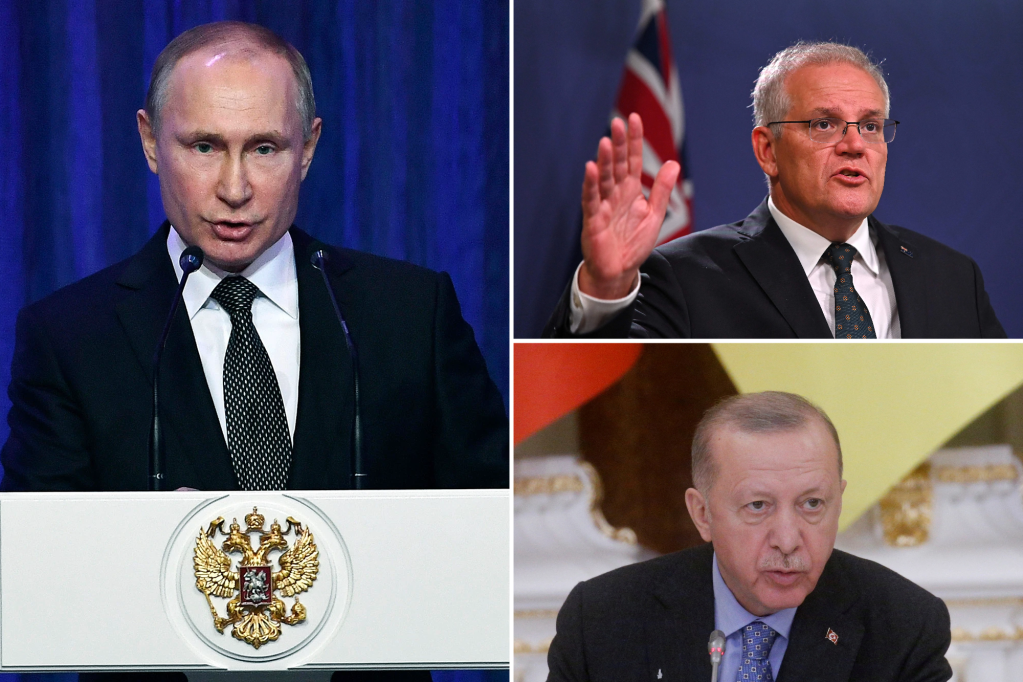 World leaders warned on Wednesday that a ‘full-scale invasion’ of Ukraine by Russia was likely imminent and called for diplomacy amid heightened tensions after Russian President Vladimir Putin hailed combat readiness of its armed forces.

Turkish President Recep Tayyip Erdogan told Putin in a phone call on Wednesday that Turkey does not agree to Putin deploying troops to the breakaway regions of Donetsk and Luhansk in eastern Ukraine, according to his office.

Erdogan told Putin that a military conflict in the region would not benefit anyone and offered his help in reaching a diplomatic solution.

“President Erdogan, who renewed his call for the issue to be resolved through dialogue, said it was important to put diplomacy first, and that (Turkey) also continued its constructive position within the NATO,” read a statement from Erdogan’s office. .

“We expect to see a full-scale invasion. We think it’s very likely,” she told the BBC. “We don’t know exactly when it will happen, but we saw Russian troops gathering on the border, we saw Vladamir Putin’s recognition of the so-called republics in the Donbass region, and we see all the precursors of a serious invasion.

“So yes, we are very, very concerned about an imminent invasion of Ukraine.”

Truss warned that the UK would impose an “escalation” of previously adopted sanctions which sought to “inflict pain on Putin’s regime”.

Meanwhile, Australian Prime Minister Scott Morrison warned that a “full-scale invasion” of Ukraine was “likely” to take place within 24 hours, according to the Independent. Morrison said Russian forces are currently “at the highest level of readiness to carry out a full-scale invasion of Ukraine, and that should happen within the next 24 hours.”

The reactions came as tanks and other heavy military equipment roared through the outskirts of Donetsk in eastern Ukraine on Tuesday for a second night in a row and before Putin touted readiness on Wednesday. of its armed forces, including the country’s hypersonic missiles, in a menacing defender of the Fatherland Day speech.

In it, he gave chilling warnings about his plans to further develop his army’s arsenal.

“We will continue to develop advanced weapon systems, including hypersonic and those based on new physical principles, and expand the use of advanced digital technologies and elements of artificial intelligence,” Putin said. “Such complexes are truly the weapons of the future, which significantly increase the combat potential of our armed forces.”

On Tuesday, satellite images revealed that Russian forces were gathering more equipment and troops along the border with Ukraine. Also on Tuesday, President Biden announced new economic sanctions targeting Russia, as he said an invasion of Ukraine was “beginning.”