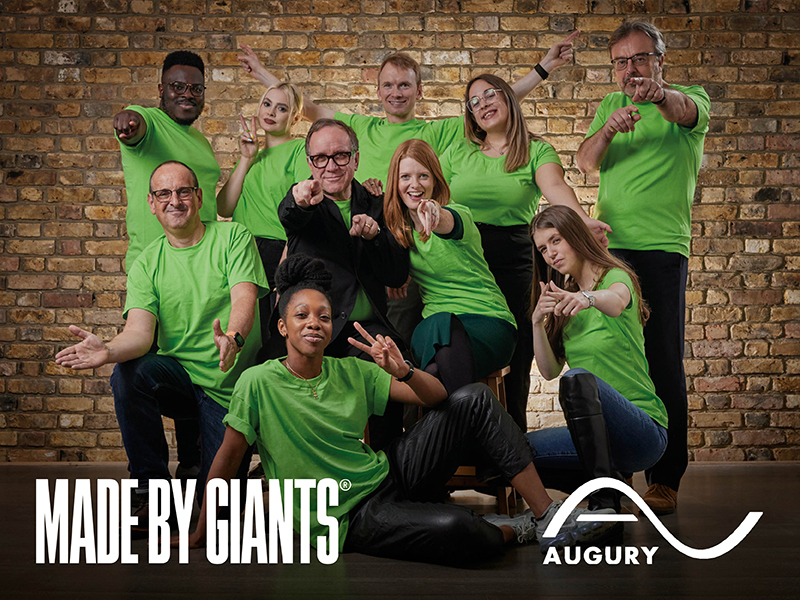 Manufacturing Tech Unicorn Hires Made By Giants as Digital Partner

LONDON – Augury, one of the first unicorn technology companies in global manufacturing, has appointed Made by Giants as its digital and social media partner.

Augury produces hardware, artificial intelligence and software that diagnoses malfunctions in machinery as part of the “Industry 4.0” shift towards manufacturing automation, has worked with clients such as PepsiCo, Colgate-Palmolive and Danone. It recently secured $180 million in new funding, bringing the company’s post-funding valuation to over $1 billion, and this week acquired fellow Israeli Seebo, which is developing process-based artificial intelligence.

Keeling said: “Augury’s recent funding means it becomes one of Industry 4.0’s first unicorns – and its social media presence should reflect its new market position. Working with the Augury brand is such an exciting prospect and we are thrilled to bring our giant ideas to life.

Marina Oliveira, Head of Growth and Digital Marketing, said: “We are on a rapid growth trajectory and Made By Giants sees the Augury brand in a unique and exciting way – their creative ideas are nothing short of exceptional.”

Made by Giants, specializes in integrated branding, communications and digital work for clients such as Etika, Kryon, Atoti and ActiveViam. The agency now has a team of 12 and recently hired former Hotwire director Andy West as a growth and innovation advisor.

A group of clients win a move for an advertising agency

At Digital Pratik’s ‘JorrDaar’ event, the only way to enter is an…