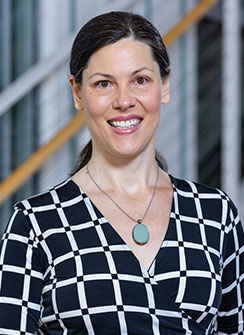 Stepping up the fight against global breastfeeding inequalities: Reflections on World Breastfeeding Week 2022

Breastfeeding saves lives and helps keep families and communities healthier. Each year, around 600,000 infants and young children die because they are not properly breastfed. Breastfeeding also has significant impacts on maternal health. Nearly 100,000 lives of mothers could be saved each year from ovarian and breast cancer and the complications of type II diabetes if the world supported breastfeeding properly. The impacts of inadequate breastfeeding support are inequitable – they disproportionately affect countries in the Global South and marginalized communities in the North – and they ripple through families and communities. Global and local public health efforts have resulted in increased exclusive breastfeeding and breastfeeding duration in many regions, but progress remains too slow to meet the 2030 goals. As we end the World Breastfeeding Week 2022, we need to reflect on the many barriers that remain and why breastfeeding, breastfeeding and breastmilk feeding are not sufficiently valued and supported in many settings.

While most women giving birth around the world want to breastfeed, they face many obstacles. Most of these obstacles are due to systems that ignore or compromise lactation. Health systems are a major area of ​​concern because it is where pregnant women often learn infant feeding recommendations and where they turn for advice when faced with difficulties. Additionally, perinatal practices set the stage for successful breastfeeding. Anthropologists have long recognized that human infants are born in a relatively very immature state compared to other primates and require close body contact and intensive and prolonged parental care. Lactation is part of this evolved biocultural system and frequent breastfeeding is a central part of it.

In addition, health systems often serve as gateways for the predatory marketing of commercial infant formula (CMF). Providers often receive limited lactation education during their training, and some of this education may come directly from these companies. In many settings, CMF is still routinely distributed and newborns receive CMF without medical necessity. Providers often recommend CMF and specialty CMF products to address concerns about newborn behavior, such as when babies are perceived as “fussy” or not sleeping as expected. Yet many of these recommendations reflect a lack of knowledge about normal human infant behavior and lactation and are based on CMF industry marketing efforts rather than evidence.

Predatory marketing in the Global South has caused enormous public outrage in the 20e century, which led to the boycott of Nestlé and global health efforts to regulate the industry via the WHO Code of Marketing of Breastmilk Substitutes more than 40 years ago. The companies pledged to make changes and only paid lip service to the WHO Code. But we have ample documentation that their predatory business practices never stopped. Instead, companies stepped up their marketing efforts and the industry grew. The WHO Code and its subsequent resolutions have not been properly incorporated into law in most contexts, and many contexts struggle to enforce the legal requirements that exist. Digital marketing efforts are even harder to track. These marketing efforts are replete with scientific claims that have no basis but appeal to the desire of parents and health care providers to ensure infant and child health. Even emergencies can be treated as marketing opportunities, like the COVID-19 pandemic.

The CMF industry also actively engages in other efforts to prevent and subvert regulation and to shape the political and legal environment to make it conducive to extracting more profits. Some of the industry’s most egregious practices have been demonstrated in the current CMF shortage in the United States, which has revealed a systematic disregard for safety as well as past lobbying efforts to relax regulations.

Inadequate paid time off for breastfeeding parents and unsupportive work policies are another major area of ​​barriers that compromise lactation. All nations must recognize the importance of postpartum rest and recovery, infant care and breastfeeding. Today, even the minimum standards set by the International Labor Organization (ILO) of 14 weeks paid leave often remain unrealized and workers in the informal sector are not covered.

Paid leave standards should be changed to longer periods covering both sectors and recognizing the high level of care needed by exceptionally immature human infants. These programs must also ensure that lactation is valued as part of this process and that mothers are adequately supported when they return from leave so that they can breastfeed or express their milk.

To overcome these systems-level barriers, global health and medicine must confront the persistence of colonial ideologies and power relations across its systems. Racist assumptions about non-Western populations, the desire to “civilize” people and regulate their population to improve their ability to profit from the colonized have led to erroneous assumptions about human infant behavior and breastfeeding practices . Colonial powers actively undermined breastfeeding and created new markets for infant food products and CMFs produced in the North. They built health systems based on these assumptions that further undermined breastfeeding. And they have reaped the benefits of corporations, groups in the South and marginalized groups in the North bearing the majority of the consequences. Western nations that benefited from colonial exploitation continue to support the growth of large multinational CMF corporations that continue this exploitation.

To end this vicious circle, powerful Western nations must confront these legacies, reorient their assumptions about lactation, and implement policies that provide the structural and social support necessary for breastfeeding success. All breastfeeding people should be supported in their desire to breastfeed, nurse and feed their babies with breastmilk. We must raise our collective voices and step up to hold the powerful accountable to make breastfeeding possible and fully and equitably supported for communities around the world.

Cecilia Tomori is Associate Professor and Director of Global Public Health and Community Health at the Johns Hopkins School of Nursing with a cross appointment at the Johns Hopkins Bloomberg School of Public Health. A Hungarian-American anthropologist and public health scholar, she studies the structural and sociocultural factors that shape health, disease, and health inequalities. Dr. Tomori is an internationally recognized expert on breastfeeding, infant sleep, and maternal and child health. She has published three books on breastfeeding and reproduction, Nighttime Breastfeeding: An American Cultural Dilemma (2014), Breastfeeding: New Anthropological Approaches (2018 with Aunchalee EL Palmquist and EA Quinn) and The Routledge Handbook of Anthropology and Reproduction (2022 with Sallie Han) as well as numerous articles. His Twitter account is @DrTomori