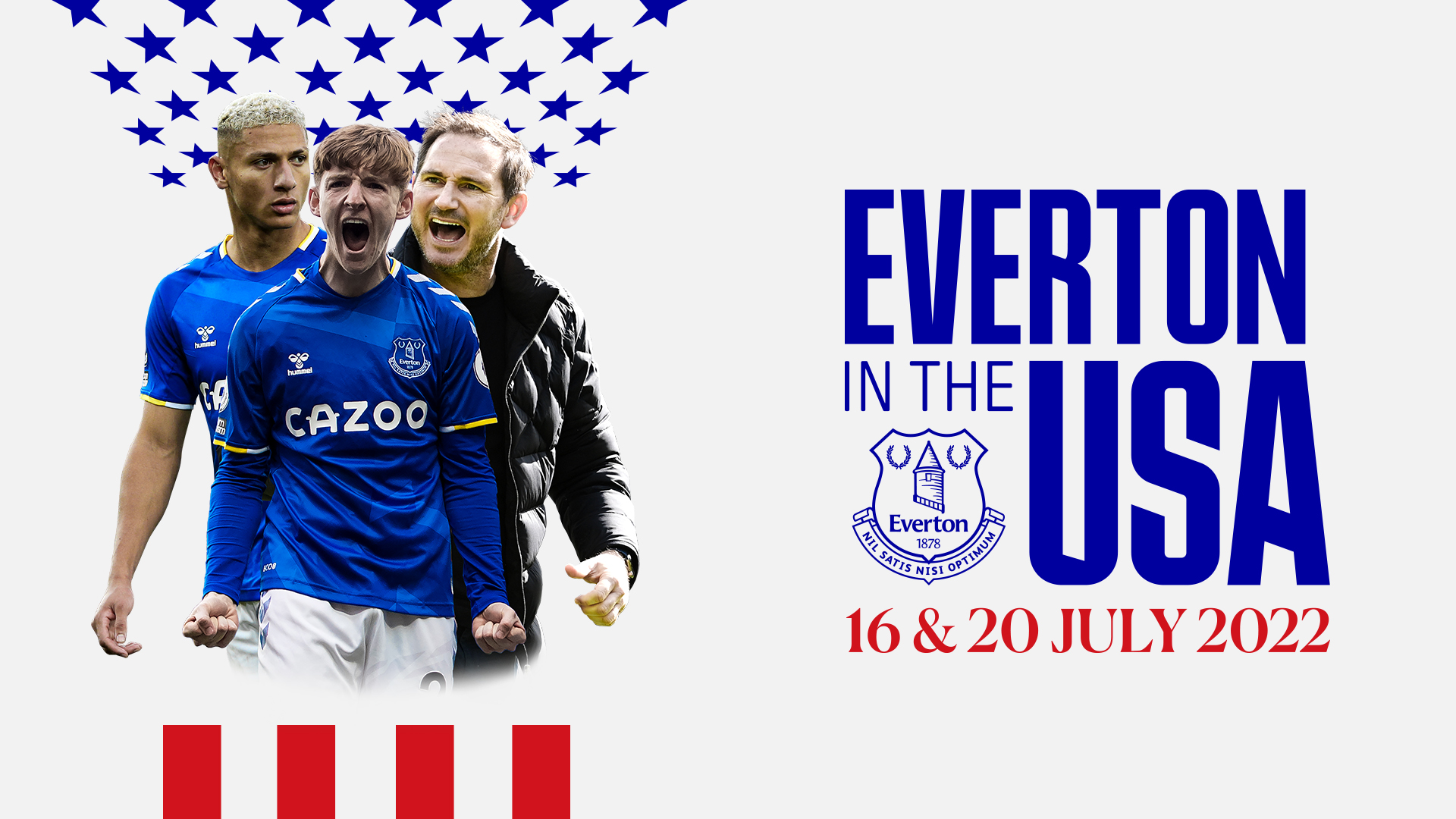 Tickets on sale for pre-season games in the United States

Tickets are now on sale for Everton’s two pre-season fixtures in the United States this summer.

Next is an international friendly in St Paul, Minnesota on Wednesday, July 20, when the Toffees take on Adrian Heath’s Minnesota United FC at Allianz Field (kick-off 7pm CT, 1am BST July 21).

Everton’s game against the Gunners is being played at the home of the Baltimore Ravens and tickets are available from $55 per click here. Fans can sit anywhere in the stadium, but blocks 114-120 have been specifically reserved for Evertonians.

Tickets for the Blues’ first-ever visit to Minneapolis and St Paul start at $29 and are now on general sale by click here. Minnesota United has designated its traditional outdoor section, Blocks 108 and 109, specifically for Everton supporters. To access these two blocks, you must enter the access code COYB22. Everton fans are welcome to sit anywhere in Allianz Field.

Engagement events with North America-based fan clubs, traveling Blues and supporters in Baltimore, Washington DC and Minneapolis/St Paul are being finalized, with more information expected to be released soon.

The club have already made eight pre-season visits to the United States since 2004, playing in cities including Chicago, Washington DC, San Francisco, Los Angeles and Miami.

Everton were the only Premier League side to travel to the United States last summer, winning the Florida Cup after beating Colombian giants Millonarios 10-9 on penalties following a 1-1 draw at Camping World Orlando Stadium.

All Season 22/23 Subscribers, Host Members, and Official Members based outside of the United States and Canada will be able to live stream both matches this summer. To become an official member, click here.

The Club can confirm that no official travel package for the trip is provided.